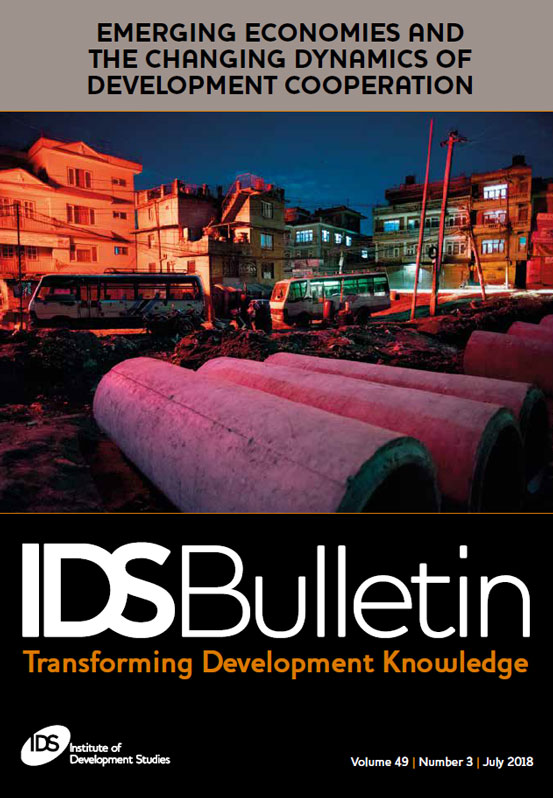 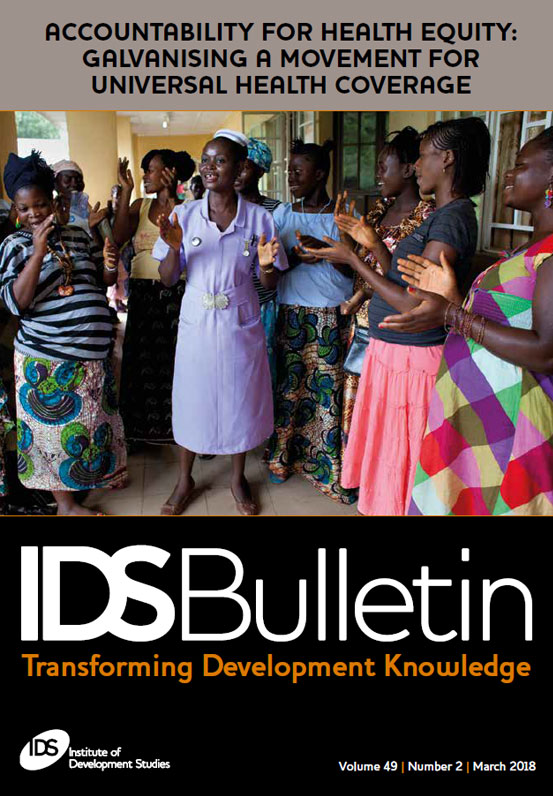 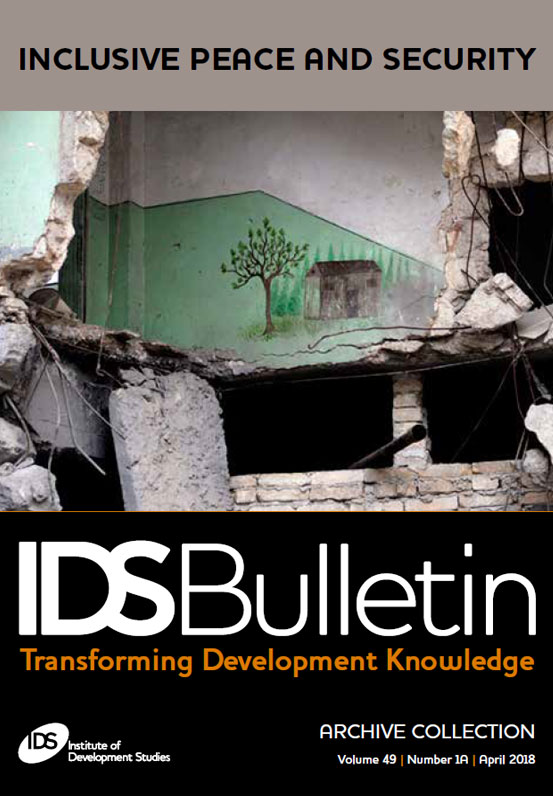 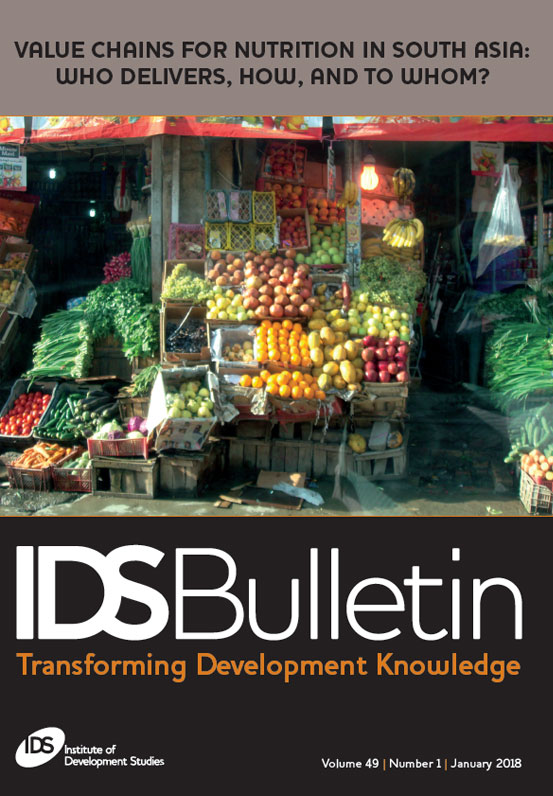 Value Chains for Nutrition in South Asia: Who Delivers, How, and to Whom?

There is currently much talk of the private sector role in nutrition, and whether the state can ‘shape’ the market to deliver better nutritional outcomes.  This issue of the IDS Bulletin presents research findings in this area, developed by the consortium of research partners under the Leveraging Agriculture for Nutrition in South Asia (LANSA) programme.

The IDS Bulletin aims to analyse existing (or potential) agri-food value chain pathways for delivering nutritious foods from agriculture to vulnerable populations in South Asia. It discusses the role of both public and private actors in making these value chains more effective in achieving sustained increased consumption of nutrient-rich foods.

In comparing the different pathways, this set of articles warns against the assumption that increasing the supply of certain products will directly lead to increased consumption. It highlights how, in South Asia, interventions or policies that try to enhance these pathways often struggle because of a mix of supply, distribution, marketing, and consumption challenges.

This IDS Bulletin argues that the key to sustainable food systems might be a ‘food sovereignty’ approach. This calls for awareness at all levels of decision-making – public, private and civil society – in the promotion of nutrition-sensitive value chains, emphasising the need for a stronger government role in shaping agri-food value chain pathways. By looking at the limits of what business can and cannot achieve in a given market environment, the IDS Bulletin provides insights to policymakers about how to create an appropriate institutional environment that shapes how these value chains operate for the benefit of nutritionally vulnerable target groups. 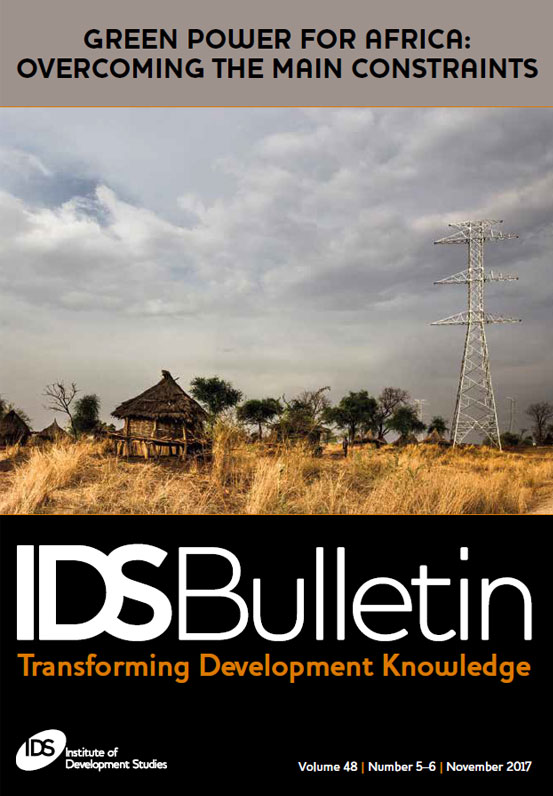 Inadequate power supply in sub-Saharan Africa (SSA) means that only 37 per cent of sub-Saharan Africans have access to electricity. Those with access are prone to experience problems with regular power outages. In many sub- SSA countries, electricity access rates are decreasing because electrification efforts are slower than population growth.

The authors of this IDS Bulletin provide insights from power systems engineering, macroeconomics, microeconomics, and political economy on how to overcome constraints to green electricity in Africa. One of the biggest contributions of this issue is that is allows a dialogue between academics and practitioners that would not normally be published in the same journal. What also emerges as an underlying thread is the essential role of donors to achieve sustainable energy for all in Africa.

The contributions to the IDS Bulletin underline the enormity of the clean electrification challenge in Africa, and demonstrate the benefits of a multidisciplinary approach where technical, economic, and political perspectives are involved in the design of interventions.